Woman, Gal Gadot, starts out the Warner Brothers 2017 film directed by Patty Jenkins pondering her life lessons. She profoundly states, “What one does when faced with the truth is more difficult than you think.” 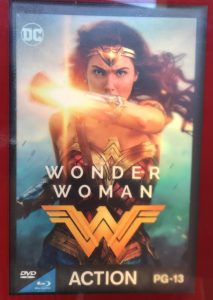 The first prominent figure in her life, her mother is the first to struggle with this.  Hippolyta does a great job teaching Diana, “Fighting does not make you a hero.” And explaining, “Why war is nothing to hope for.”  But she struggles in what most parent do: preparing their beloved children for the worst this world has to offer, letting them go to experience it, and becoming who they are destined to become.

Antiope, Hipployta’s sister, however, isn’t afraid of these.  Rather, this best warrior of the Amazon’s is true to her title.  She doesn’t cower of the worst and believes the best way to deal with it is to face it and to prepare for it. Since Hipployta refuses to agree, Antiope trains Diana in secret.  Antiope knows she is right and accepts no shame for her decision when Hipployta confronts her after finding them training.  She successfully convinces Hipployta that its best to prepare Diana and finally receives her blessings to continue.

But Hipployta still desires to hide and protect Diana when Captain Trevor’s arrival disrupts their peace and Diana feels called to go with him.  At first Diana complies, but she had spoken with Steve Trevor.  He shared that his dad said, “When you see something wrong in the world you can either do something or nothing.”  He had tried nothing and it didn’t work, so he had to go back and try.

That profound statement and conviction had to grip Diana.  She grew up believing her mother’s tale that she and the other Amazons were created to protect mankind.  This purpose far surpassed the selfishness of living on Paradise Island problem free. So she resolved, “I am willing to fight for those who can’t fight for themselves.  So by night she scaled the tower wall, secured her divine provisions for battle, recruits Steve, and made way to leave.

Hippolyta with full guard on horseback approached Diana and Steve on the beach.  But this time instead of forcing Diana to return to the palace she laid the guilt trip on her that she couldn’t stop her and that she was breaking her heart.

Guilt trips manipulate so many.  And parents are some of the experts at laying them.  Thankfully for Diana, she chose to leave with the consequence of never returning.  But too many never find such courage and continue to stay close to mama.

Diana went on to experience the conflict her mother tried to protect her from.  She learned that men are easily corrupted and that they often fight without honor.  That they can incite “an endless war where men would destroy themselves. ” But she also learned that “it’s not about what one deserves.  It’s about what one believes.” She concludes, “But then I glimpsed the darkness that lives within their light and learned that inside everyone of them there will always be both.  A choice that each must make for themselves something no hero will ever defeat. And now I know only love can save the world.”  Love, not guilt, fear, or justice is what saves.  What do you believe? What choices are you making?

Hope Mucklow is the author of Rojo The Baby Red Panda at the Zoo, a Children’s Illustrated book for kids and adults. https://redpandanetwork.org/red-panda-wisdom-from-a-cub-called-rojo/