Feeling and extenuating genuine self-less love verses self-serving love describes one of those classic book and movie themes.  Why?

“True love” is something we all crave.  To be known, to be accepted, and to be loved is a basic human need.  It’s the greatest need and explains why marriage is the most powerful human relationship known to meet this need.

Disney’s Frozen theme of true love captures the admiration of child and adult.  Many identify with the painful sting being the recipients of counterfeit love that Hans pours out to Ana. 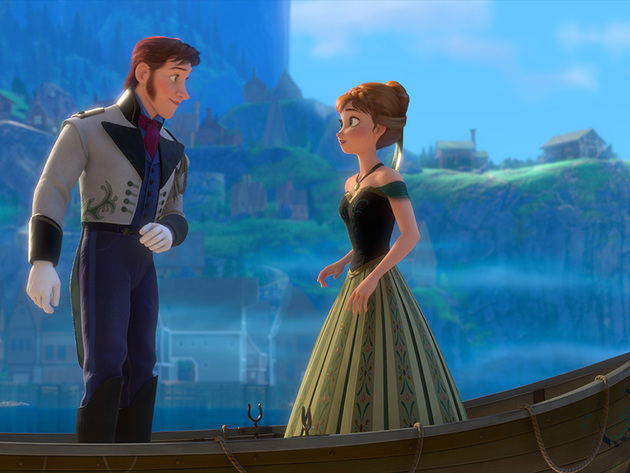 Others identify with the fear that isolates Elsa from those closest to them.  Then most are surprised that true love, the laying of one’s life down for another is what saves the day rather than the kiss of the good looking hero, Kristof.  The ability to relate to these characters is within each of us so much that one can take a quiz on the official Disney’s Frozen web page!

Giving up one’s life for another is the ultimate display of true love, but it doesn’t help to distinguish what love is in a day to day basis. In fact, it can be used as a distortion of “selfless” love or service with the motive to manipulate and control.  So what does real love look like?

True love has no fear, but if we are honest, most are.  Some have good reason to fear being controlled by another.  They’ve been controlled all their lives by their parents!

Others live in fear of being rejected and abandoned. Then there are those who dread hurt.  There might be some like Elsa, fearful, that they could be the one who is responsible causing the problems.  Or one of the deepest fears held is being known for who we really are: broken people who need to be loved and forgiven over and over again!

Love does not compete. Competition has its place in business and in sports, but not in personal relationships.  If one behaves in a win/lose mentality in a relationship that implies that one is attracted to a loser.  Think that through and soon you’ll find both lose.

The competitive mentality lends itself to the next opposite character of love: domination.  Some people seek control over others because they feel weak and insecure.  It’s their only means of power.  These are the bullies at school, in personal relationships, and in the work place exhibiting varying degrees of narcissistic traits.

Some people control because of their fears.  While the latter motive may be better intended, both drain the recipient and prevent both parties from enjoying the relationship. True love empowers because it entrusts and frees the other party.  It never manipulates or controls.

Insecurity is the common denominator that feeds fear, competition in relationships, and the need to control. How ironic and sad for these people who seek validation through ineffective means of looking to others when the answer lies in oneself.

Each individuals needs to take responsibility for his or her own happiness and well-being.  Expecting others to do so sets the stage for a crazy cycle of co-dependency and unhealthy personal relations.

Genuine love encourages and builds up.  Insecure competitive people seem to find ways to put others down in order to inadvertently lift themselves up.  Television sit coms are full of sarcastic comments that leave one laughing at the expense of another.  Love doesn’t do that.  Selfishness does.  It’s disguised as light heartedness and humor, but it’s one sided at the other’s loss.

Something else that love does not do is manipulate others through moodiness. Unfortunately some children learn to get their way by fussing and carry this on into adulthood.  In order to deal with this I wrote a song

to sing to my daughter so that I wouldn’t burst out screaming with steam from my ears.

They’ve mastered how to get others to do what they want by pouting and or fussing. “The squeaky wheel gets the grease” becomes their life motto. Worse yet, they are also the individuals who are quick to judge and expect others to fit their ideas.  But real love respects others too much to do this.

Differences are inevitable between individuals.  Loving people respect the differences.  They don’t expect others to fit their cookie cutter mold of ideals.  Rather, they know others will have different perspectives and ways of approaching issues.  They take the time to listen and learn from others.  This equips them to respond to the others needs and requests appropriately.

Secure people capable of love maintain strong emotional boundaries.  They keep their values when differences arise, but do so in a non-judgmental way.  This enables them to set limits and discern when to say, “No.”  Telling someone you love, “No” may be the bravest expression of love.  To take a stand in firm opposition has become the most politically incorrect behavior in modern society.  But it’s the very behavior needed to get us all back on track to become the loving individuals we have the capacity to become.

-Hope Mucklow is the author of https://mascotbooks.com/mascot-marketplace/buy-books/childrens/picture-books/rojo-the-baby-red-panda-at-the-zoo/, a children’s illustrated book for adults who need to heal and children who need to learn.